In preparation for the upcoming 50th anniversary of the Arab Institute for Women (AiW) in 2023, the Institute welcomes partners, supporters, and sponsors who desire to scale a strong regional voice for Arab women. The Institute is a legend, a pioneer, and the force for our feminist future.

The AiW at the Lebanese American University is the first of its kind in the region – and a center of power for Arab women. Founded in 1973, the AiW operates at the intersection of academia and activism to amplify women’s voices in the region and around the world. The Institute is a bridge connecting women in the region to global platforms – because representation matters.

“No country in the world has achieved full gender equality, but the Arab region ranks lowest in the world. Empowering women is not just a human rights principle. It is a precondition to sustainable development and the strongest vehicle for peace, prosperity, and progress,” said Lina AbiRafeh, Executive Director of the AiW in New York.

Lack of funding due to the coronavirus pandemic has compromised the survival of women’s rights organizations. If women are once again left out of leadership and activism, the patriarchal consolidation of power will have devastating effects on women’s rights, equality, and autonomy. This requires a robust feminist response, ensuring that women’s organizations and feminist activists have the tools and resources they need to advocate and act on behalf of women and girls.

“The AiW is a fueling station and a hub for support, resources, and inspiration for women changemakers with a history of support for women’s rights activists. Throughout decades of insecurity and now during the COVID-19 pandemic, AiW continues to provide opportunities to enhance their leadership and give them the skills they need to strengthen their force on the frontlines,” said AbiRafeh. “The pandemic has resulted in massive job losses for women and has pushed them even further into the informal economy and toward riskier sources of income – such as trafficking and transactional sex – for survival.”

THE OPPORTUNITY
Women in Arab countries are an underutilized economic force, with only 24% working outside the home – the lowest female employment rate in the world. When employed, women are more often relegated to traditionally feminized work, in addition to their disproportionate share of unpaid care.

Academic institutes like the AiW have a huge role to play in galvanizing and supporting women’s movements. Across the Arab region, women, particularly young women, are leading calls for change. The AiW brings 47 years of data, community engagement, and lived experience at the frontlines of Arab feminist movements.

These movements have the potential to be a turning point, a time-marker, resulting in a major shift toward social change.

“An Arab region built on a foundation of human rights and social justice is within our reach – and long overdue,” said AbiRafeh.

NAMED GIFT LEGACY ENDOWMENT
The AiW seeks a visionary champion interested in offering an endowment and leaving a lasting legacy for Arab women for generations to come.

“We seek prime movers who believe in the impact of their gifts and who are committed to building a philanthropic legacy for themselves, their families, and for ALL women and girls in the region,” said AbiRafeh.

An endowment gift of $7 million will entitle the donor to naming rights for the Institute – a legacy in your own name, or to honor a loved one who believed in this cause. This endowment will, over time, generate sufficient interest to enable the Arab Institute for Women to establish a stronger regional presence in order to continue its critical work for Arab women’s rights through scholarship, training, and advocacy.

Most Arab countries have signed and ratified universal conventions supporting human rights (with reservations), but these have not brought meaningful change for women, and gender inequality remains the greatest impediment to regional progress. This must change.

SHAPING THE FUTURE
“The underlying message is this: unless we’re addressing inequalities everywhere, we will achieve equality nowhere,” said AbiRafeh.

Arab women are significantly behind in terms of women’s participation and representation in politics. Even when women are present in politics, they are still kept from exerting power to influence change. This lack of political participation is largely due to cultural barriers, little access to economic and financial resources, and the absence of female role models in political and public life.

Rights, freedoms, and opportunities cannot be named and claimed as long as women are unsafe in public and private space. Globally, one in three women worldwide has experienced some form of gender-based violence in their lifetime. The Arab region is no different. Intimate partner violence is the most common and the least reported. Sexual violence and harmful practices – like honor killing, female genital mutilation, and child marriage – also continue to be prevalent and show no signs of abating. As the region continues to face insecurities, these forms of violence will only increase. The AiW seeks to create a future where all women are free from violence and have access to meaningful opportunities.

In these settings, women’s rights are the first to be stripped and the hardest to revive. Conflicts and insecurities magnify pre-existing vulnerabilities, and women are the first to suffer, the last to recover, and the hardest hit by these insecurities. From the revolution in Beirut to more violent conflicts in Gaza, Sanaa, and Baghdad, women continue to demand rights, equality, and justice.

“Women are the face – and the force – of revolutions across the Arab world. They deserve our support,” said AbiRafeh. “The Arab region’s diverse collection of 22 countries have one thing in common: women continue to experience a backlash against their own long-overdue rights and fundamental freedoms.”

These challenges are overlapping, meaning progress – or regress – in any of these areas has an impact on all aspects of women’s lives. Insecurities don’t stay neatly confined within their borders.

“Fostering gender equality in the Arab region is a non-negotiable imperative. And this is a historic moment to provide full support for Arab women to organize, train, inspire and ignite to bring equality, rights, and justice to the region. Centering women will enable the region to better withstand future shocks. In short, when women lead, we all benefit,” said AbiRafeh.

ABOUT DR. LINA ABIRAFEH
Dr. Lina AbiRafeh is the Executive Director of the Arab Institute for Women (AiW) at the Lebanese American University. Lina spent over 20 years in development and humanitarian contexts, working with the United Nations and other international organizations in countries such as Afghanistan, Haiti, Democratic Republic of Congo, Nepal, and others. Her work is summarized by her TEDx talk and a range of presentations and published works. Lina is listed as one of the Gender Equality Top 100 worldwide in 2018 and 2019. Dr. Lina AbiRafeh is also a member of the advisory board at arab.org

Want to donate to Lebanon?

Donate directly to to trusted organizations in Lebanon

International Day for the Elimination of Violence against Women

25novAll DayInternational Day for the Elimination of Violence against Women 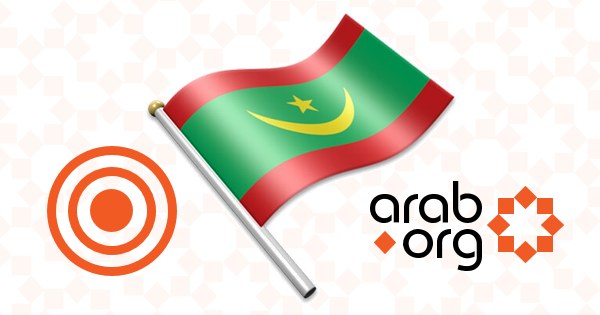 International Day of Solidarity with the Palestinian People

29novAll DayInternational Day of Solidarity with the Palestinian People

arab.org empowers every person & every organization to do Good by offering community information, expertise and new opportunities to connect, collaborate, and campaign to offer real support for real issues.